You may be familiar with my books but I am also a screenwriter in Atlanta, Georgia.  I have been involved in the local film circuit through organizations such as Georgia Production Partnership.  I have also published a book advocating the growth of the local film industry called On The Doorstep of Fame – Welcoming the Film Industry to Atlanta, Georgia. This page welcomes entertainment executives and producers to view view my spec scripts for consideration.  In order to gain access, please request a password by filling out the contact form.

Move Me to Atlanta - Television Script

"Persuade me to relocate to Atlanta, Georgia."

Relocation teams of two leading real estate agencies in Metro Atlanta compete to sell residential and commercial property to film professionals who are buying an additional home or business in Georgia to take advantage of the film tax credit.

"Help! My teen’s room is trashing my house."

Staunch, meat-eating judges encouraged to embrace the eccentric tastes of vegan cooks who compete to win a cooking challenge.

Since 1954, the Writers Guild of America, East has been standing together – in ever-growing numbers – to both build upon and hold onto our achievements, and to protect the rights and needs of our members.

The Writers Guild of America, East, AFL-CIO (WGAE) is a labor union representing over 4,700 writers and media professionals who write content for motion pictures, television, news and digital media. The Guild negotiates and administers contracts that protect the creative and economic rights of its members; conducts programs, seminars and events on issues of interest to writers; and presents writers’ views to various bodies of government. 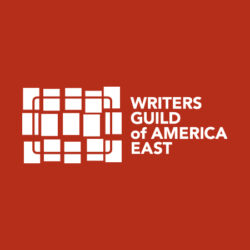